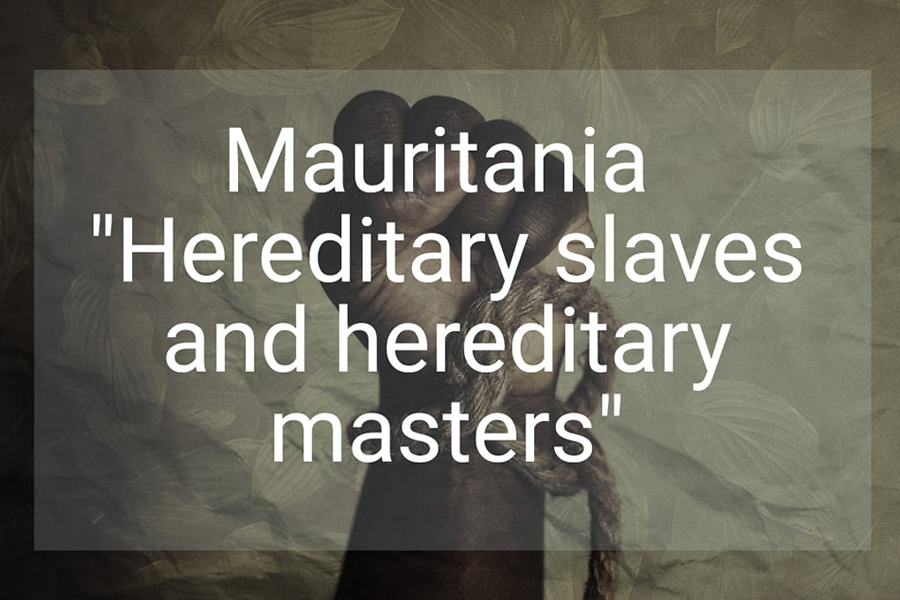 The government and the people of Mauritania are overly sensitive to talking about slavery and racial abuse
This era, which continues to this day, is forbidden for us to question it, write it with impartiality, criticize it, or even trace it!
Denial is the tactic used by the government
But denial will not change the reality of slavery
Which is still widespread because the tribes that have political and religious influence still have hundreds of enslaved in “Adoabai”
The inhabitants of these villages are deprived of the most basic necessities of human life
Every once in a while someone escapes from the prison of slavery
To tell us about unusual human violations that happened to him while he was in the hell of slavery
Mauritanian society still sees anyone who demands an end to slavery and an improvement in the situation of the Haratine and their right to obtain their rights
It is a sedition whose owner must be eliminated and silenced

Silence on slavery and its inhuman practice, on the grounds that this is a betrayal of the country and a distortion of its reputation is considered participation in this crime.
At a time when the Mauritanian government claims to fight slavery and servitude and grant various groups of Mauritanian society more political and economic rights, a large group of Mauritanians are still suffering from the effects of this phenomenon.
The Global Slavery Index estimates that about 150 thousand people, or 4% of the population of Mauritania, are still slaves, and this percentage reaches the limits of 20% of the population, according to estimates by other international bodies, which confirms the continuation of slavery practices within Mauritanian society.
The state is complicit in the practices of slavery because those who govern its institutions are the sons of the tribes, so it is not in their interest to fight it effectively and get rid of it.

The future we want is one in which the Mauritanian government sanctifies human beings and grants any violation of human rights
It gives equal citizenship rights to all
We want a future for Mauritania in which all kinds of injustice, tyranny, oppression, persecution and discrimination over all intellectual, ideological and ethnic differences disappear.

For how long will the rule of “hereditary slaves and hereditary masters” remain governing the social system in Mauritania?