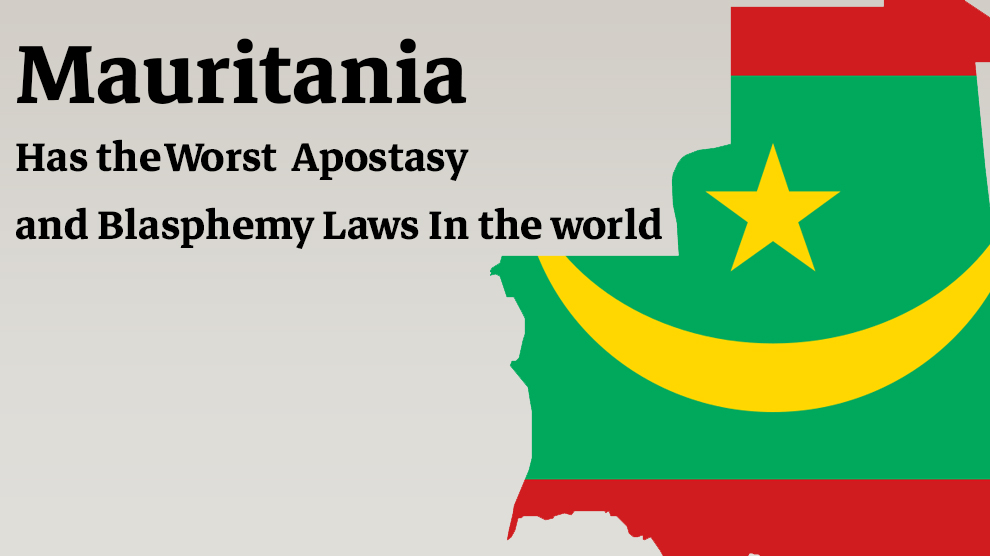 Mauritania’s blasphemy and apostasy law is a form of religious persecution. It states that any Muslim who leaves the Islamic religion will be sentenced to death. In addition, it criminalizes “denial of the existence” of god, the prophet, or the holy scriptures on which Islam is based. In Mauritania, this law has been used to persecute and prosecute anyone who commits blasphemy or apostasy.

The government does not protect anyone who chooses to leave Islam. It also does not prosecute religious leaders who openly incite violence against non-Muslims.
It is illegal for non-Muslims to own property or participate in politics without first converting to Islam and becoming a citizen of Mauritania. As a result, Christians and other religious minorities experience various forms of persecution including: marginalization, exclusion from higher
Mauritania is an Islamic Republic ruled by Sharia law. Under the Moudawana, apostasy and blasphemy are punishable by death. This means that there are approximately 3 million people in Mauritania who could be put to death for their beliefs if they chose to change religion or express heretical thoughts.
The legal system of Mauritania is built around sharia law, which in turn influences criminal laws and other legislation in this country.
The problem with blasphemy laws is that they are open to interpretation, which means anyone can feel offended at any time and use it as an excuse to justify their actions.

penal code Article 306 will see the death penalty applied to “every Muslim, man or woman, who ridicules or insults Allah”, his messenger, his teachings, or any of his prophets, “even if [the accused] repents”.
The law also provides for a sentence of up to two years in prison and a fine of up to 600,000 Ouguiyas (approximately EUR 13,804) for “offending public indecency and Islamic values”, or “breaching Allah’s prohibitions” or assisting in their breach.

These regulations are a threat to human rights and to freedom of speech. Most people in Mauritania will never commit blasphemy or apostasy because they know the consequences are deadly.
Religious freedom, the freedom to think and speak as you choose, is a right guaranteed by article 18 of the Universal Declaration of Human Rights (UDHR). Yet Mauritania continues to criminalize apostasy and blasphemy.